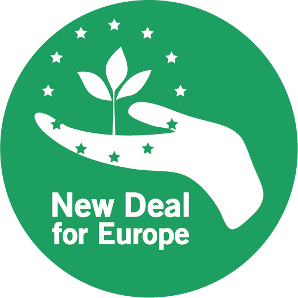 On 7th of June 2013 the National Committee of the ECI on Employment and Sustainable Development was founded within the meeting with the representatives of the initiators from Italy and France - Mr. Antonio Longo, memberof the MFI Board and Director of the Altiero Spinelli Culture Centre and Mme Anais Baurens, member of the North France European Movement section.

The National Committee Board in the Czech Republic is composed by the following members:

Ivo Kaplan, Secretary-General of the UEF in the Czech Republic, member of the Spinelli Group - elected to be a chairman of this National Commitee Board;

Karel Schwarz, Vice-president of the EAPN in the Czech Republic and member of the Board on the European level, former president of the Association of NGOs (2003-2012), sociologist and psychologist, former director of Diakonie in 90s:

Hynek Rehak, Mayor of Pobezovice, the bithplace and livinghood of Richard Coudenhove-Kalergi in the South-West Bohemia near borders with Bavaria and Austria;

Jan Solta, Academician, Lecturer of Economy in Universities, organizer of many colloquia there for many years;

We, as the National Committee, engage in campaigning to get the biggest possible support for the ECI on Employment and Sustainable Development. We absolutely agree that only European solutions could secure the exit from the current social, economical, political and even societal crisis we wittness in the Euro-American civilisation. We admire that all required measures have no influence to increasing of the complementary tax burden of tax-payers. We are eager to support the setting of sustainable rules to get incomes from the Financial Transactions an Carbon Taxes as the EU budget own resources. We clarify and suggest the motto of this ECI - Employment for Youth, Energy for everyone.

We agree with that this ECI could have an impact on the results of the European Parliament elections in May 2014, we support the idea that social cohesion and the development of local and regional economies, via investments to the European infrastructure networks, are essential for bringing useful local and regional investments financed by structural funds based on the programming period 2014-2020 in order to meet the goals of the EU2020 Strategy and substantially increase the Quality of Life in all parts of the country not only around regional centres. We know that to achieve that we must obtain a deep and large support, for instance by seeking the commitment of trade unions, business organisations, students, and by creating a special website for this ECI in the Czech language.

This ECI initiated by the Italian federalists and joined by us is such a great opportunity to fulfill our long-term wishes and goals.